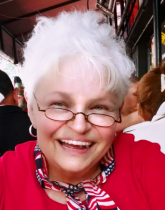 I have followed a different path than my Mother, who started oil painting at the age of 65, and continued till she passed away at the age of 92. She received many awards and recognitions for her paintings. I found that the "knack" of painting was not in my genes, but became interested in the art of photography after my retirement at the age of 62. Patience, learning, practice, having fun, and sharing for me are very important parts of the enjoyment of photography. The challenges of taking that perfect picture and the enjoyment of sharing my pictures keep me motivated to learn and improve. I do hope you see something here that will bring fond memories or a smile to your face. I would love to hear your comments/suggestions on my photo gallery. Thank you so much for visiting.